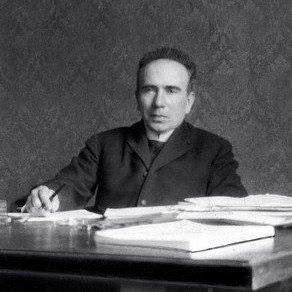 The tell settlement of Sultana – Malu Roșu is one of the most intensely studied Gumelnița sites, due to the very early excavations conducted here. Also, research continued thanks to the sheer number of extraordinary artifacts unearthed, many of them unique for the European Chalcolithic.

The research here is strongly connected with the beginnings of the Romanian School of Archaeology founded in the early 1920’s by Vasile Pârvan, then the Director of the National Antiquary Museum in Bucharest. Pârvan’s keen interest in the archaeology on the Romanian Plain resulted in excavations covering large areas such as Piscu Crăsani, Zimnicea and Oltenița-Gumelnița.

In 1923, after some surface surveys made by Radu Vulpe, a terrace situated 800 m (~2600 ft) N-E from the village of Sultana yielded proof of a prehistoric settlement located there. The same year, the first scientific excavation was already underway, coordinated by professor Ioan Andrieșescu together with his then student Vladimir Dumitrescu, now a well-known prehistory archaeologist. Following this promising start, the site at Sultana was forgotten for more than three decades, with only a few sparse campaigns being organized in the mid-1950’s by Barbu Ionescu and Niță Anghelescu.

In the early 1970’s, plans had been made to dam the most part of Valley of Mostiștea, subsequently transforming the rather small river Mostiștea into a chain of massive artificial lakes. The most dangerous side effect was the accelerated erosion that had begun digging its way all around the shores, including the tell settlement. Because of this, widespread rescue excavations were conducted from 1974 by Constantin Isăcescu with the help of museums in Giurgiu and Oltenița. After 1980 the excavations were conducted by the National Museum of RSR in Bucharest. Unfortunately, none of these pursuits were published.

After another long break, the site at Sultana regained the spotlight in 2001 due to a larger research program called “The beginnings of European civilization. The Neo-Eneolithic in Lower Danube” ran by the National History Museum from Bucharest and Lower Danube Museum from Călărași. The Project Coordinators, Dr. Cătălin Lazăr and, at the time, Dr. Radian Andreescu, have taken a different approach, so this time, unlike before, the main focus is quality and not quantity, letting the site itself dictate the pace